The City of Hawthorne hosted the APA Los Angeles Section on June 20th for the first installment of the 2015 Summer in the City Event Series. Those in attendance enjoyed a tour of the Hawthorne Historical Museum as well as a presentation by the City’s Historical Society.  Planning Director, Gregg McClain, also gave an in-depth overview of the current planning initiatives going on in the City which include an Active Transportation Plan for the 120th Green Line Station stop, the Downtown Hawthorne Specific Plan, and an Eco-Village Specific Plan which has just begun its outreach stages. The day wrapped up with an exciting tour of the closed Hawthorne Mall, which is currently being developed for reopening. 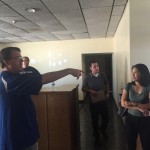 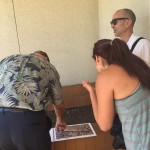 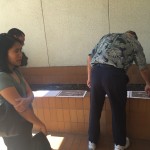 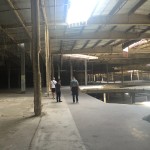