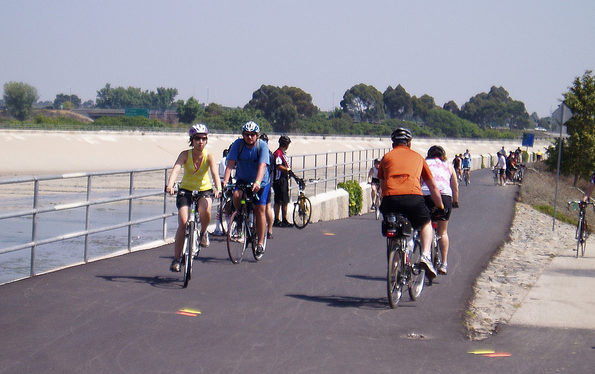 For much of the 20th Century, the LA River was a flood control channel overseen by the Army Corps of Engineers. Over recent years, the River has seen numerous enhancements and significant civic and community investment. Along the River, you will find a range of migratory birds and river loving animals as well as the gateways to distinct communities representing the cultural and historical diversity of Los Angeles. One sees joggers, walkers and cyclists using the LA Bikeway. River adjacent development provides much needed amenities and services, and the future promises even more.  Significant improvements will open up access and appreciation of the LA River as a natural and active transportation resource to an even greater number of Angelenos. Metro has funded a program for significant improvements that will bridge the 7 mile gap in service in the LA Bikeway. Beyond the Bikeway itself, new landscaping, artwork, wayfinding and access improvements will make the River even more inviting to adjacent neighborhoods. Ultimately, Mayor Garcetti’s office imagines the River as a grand network of community oriented green spaces running throughout the City.

Come spend your morning riding your bike with some of the key people who are thinking about the potential of the River and managing its improvement.  We will stop along the way to discuss key features and better understand the challenges and opportunities in improving access to and appreciation of the River.