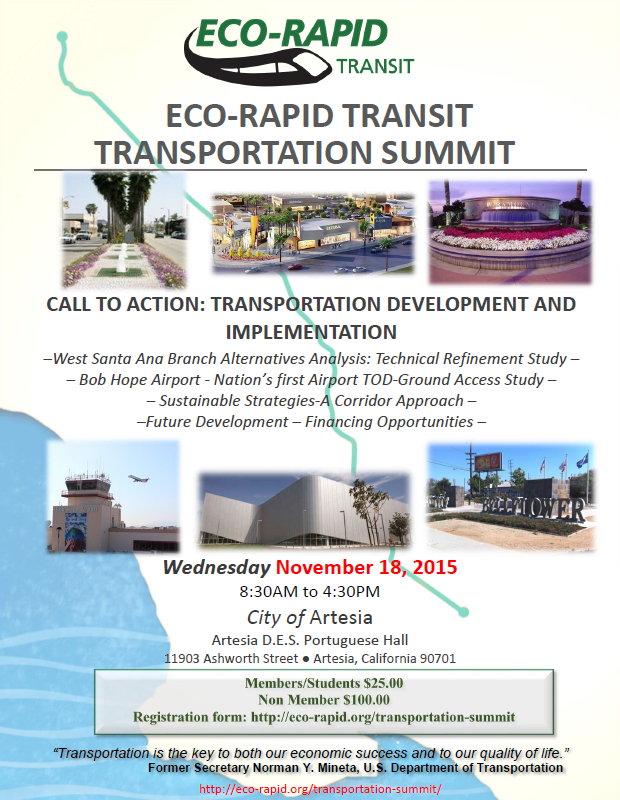 Gil Penalosa, CEO of 8-80 Cities and creator of Ciclovia in Bogota will be delivering the keynote address: Creating vibrant cities and healthy communities for everyone.

Eco-Rapid Transit, formerly known as the Orangeline Development Authority, is a joint powers authority (JPA) created to pursue development of a transit system that moves as rapidly as possible, uses grade separation as appropriate, and is environmentally friendly and energy efficient.

Parking/Transit Information: The venue is accessible via Metro bus lines.