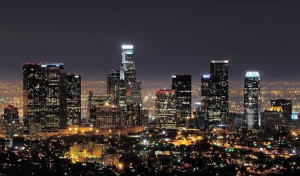 The Los Angeles Section of the American Planning Association (APA Los Angeles) is excited to announce that the Call for Nominations period for the 2016 APA Los Angeles Awards are now open. We need your help in identifying and nominating outstanding planning projects, activities, and individuals in the Los Angeles region. This is your opportunity to gain recognition for the efforts of your Department, Firm, or City in contributing to the field of planning. Download the 2016 Nomination Form here.

The local level of the awards program, run by the Los Angeles Section of the American Planning Association (APA Los Angeles), will accept nominations until Wednesday, March 16, 2016, in 24 categories including awards for planners, elected officials, planning schools, and journalists working within Los Angeles County. The APA Los Angeles winners will be invited to proceed to the statewide competition and the California Chapter winners will compete for the National APA Awards.

If you have any questions, please contact Robyn Eason or Geoffrey Danker at
awards@nullapalosangeles.org. Good luck with your submissions!!