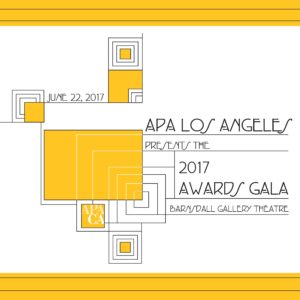 On June 22, 300 guests joined APA Los Angeles for our 2017 Awards Gala at the Barnsdall Gallery Theatre in East Hollywood, to celebrate the best of planning in the Los Angeles area. This annual soiree recognized the exceptional efforts being carried out by urban planners, advocates, elected officials and others to make great communities happen. It was a gathering of our region’s most active and innovative urban planning professionals, including professionals from cities, agencies, non-profits, and consulting firms. This year, we were excited to have as our keynote speaker Christopher Hawthorne, Architecture Critic for the Los Angeles Times and thought leader on Los Angeles urbanism, who delivered compelling remarks on the nature and future of Los Angeles.

Guests also enjoyed exclusive tours of Frank Lloyd Wright’s Hollyhock House and a discussion of its historic significance, a hosted bar and hors d’ouevres before the ceremony, a celebratory reception and the Young Planners Group after-party. We look forward to celebrating with the planning community again in 2018!

View photos from the event 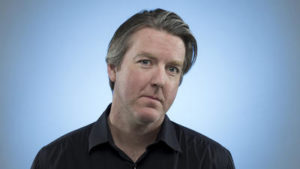 Christopher Hawthorne is the architecture critic for the Los Angeles Times, a position he has held since 2004. He has also been a columnist for the Los Angeles Times Magazine. Before coming to the Times he was architecture critic for Slate and a frequent contributor to the New York Times. His work has also appeared in the New Yorker, the Washington Post, Metropolis, Architect, Harvard Design Magazine, Domus, I.D., Volume, Print, Landscape Architecture Magazine, and Architectural Record, among many other publications. He is the author, with Alanna Stang, of The Green House: New Directions in Sustainable Architecture, published by Princeton Architectural Press, and has contributed essays to several books on art, architecture, and design, including Maynard L. Parker: Modern Photography and the American Dream, edited by Jennifer Watts (Yale University Press). Hawthorne grew up in Berkeley, California, and and is an honors graduate of Yale, where he studied political science and architectural history and readied himself for a career in criticism by obsessing over the design flaws in his dormitory, designed by Eero Saarinen. In addition to Occidental, where he directs the Third Los Angeles Project, he has taught at Columbia University, U.C. Berkeley, and the Southern California Institute of Architecture.”

…and the winners are!

City of Los Angeles – Clean Up Green Up

15. Innovative Use of Technology

A Big Thank You to our Sponsors! 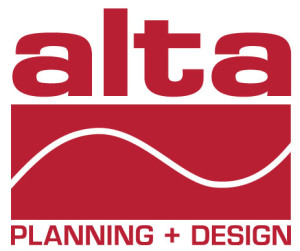 Don’t miss the opportunity to sponsor the APA Los Angeles Awards! Sponsorships and advertising opportunities are available for the event at many different levels.

Contact our sponsorship team at marketing@apalosangeles.org for more information.