A Case for Landscape 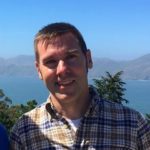 So often landscape is written off as a fluff luxury good, something you do when you have a little extra money to make things just a bit prettier. It is yard, flowers, grass, mulch, a fountain, a patio. It is, conventions say, something the leisure classes get to do.

“When we build for housing without considering landscape in its broader sense, troubles still arise –we ignore the crucial role of the street and sidewalk (the very heart of the urban landscape) in making healthy places and spaces.”

Yet landscape is and needs to be thought of as more than window dressing, more than something we do in response to a whim and bit of spare change. Were we to think of landscape in a more expanded sense, as simply but broadly all the spaces between buildings, we’d be much better off as an increasingly urbanized culture. We would see landscape as not simply front yards but also sideyards, streets, sidewalks, parkways, boulevards (or whatever you happen to call them in the region you are from). We would see and understand landscape as the spaces above buildings, those occupied by tree canopies, or lack thereof. We would see it as the unifying force that brings all these spaces together, that has the power to make or break them, to render them textured, hospitable, and full of life, or otherwise dead, harsh, inhospitable, dull, and throwaway.

As housing prices in our urban cores continue to soar, so too sounds the alarm bell. We are reaching crisis levels with homelessness, our densest urban centers increasingly becoming places for not much more than the uber-monied classes, and the rest of us left scrounging to pay exorbitant amounts for smaller and smaller spaces. Enter the recent California state housing legislation SB 827, sponsored by Senators Scott Wiener and Nancy Skinner, which sought to make a serious dent in the housing crisis by clearing the way for a boost in supply. Perhaps predictably, the bill died in committee, much to the delight of some and to the dismay of others. And to the mixed feelings yet of others. Indeed, we need much more housing in our urban centers. Much, much more. Yet when the alarm bell sounds, problems arise: namely, we lose our minds: discourse becomes excessively polarized, creating an unproductive with-us-or-against-us dynamic, and policymaking becomes stealth and rushed. In essence, nuance and the very grey areas that need to be explored to craft effective policy get chucked out the window, written off as something we just don’t have time for.

And landscape, alas, has become that nuance, that thing that we just don’t have time for. 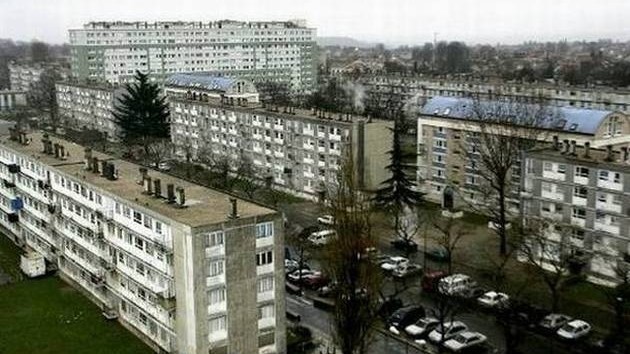 We have many an example from recent history of housing built for the sake of housing with little regard for much else. Paris, that city oft-cited as being the pinnacle of urban design and all that is good and venerable in city planning, is ringed by bleak suburbs populated by housing towers that were built with little to no thought paid to the desolate landscape that would result. Yes, you have housing for those who need it, but you also have streets no one wants to walk down, public greenspaces that are uninviting at best, dangerous at worst; little in the way of retail options, little in the way of transit that easily connects these neighborhoods to the rest of the region, and freeways that strangle rather than unify and connect. This is landscape, a landscape that results when we build without landscape in mind.

Stateside, we have our housing projects – Cabrini Green in Chicago, Pruitt-Igoe in Saint Louis, Whittier Street in Boston, to name a few—which sprang up during the era of urban renewal, when whole neighborhoods were designated “slums” and razed to make room for what were to be great, clean towers in parks, housing those in need. What resulted were by and large towers in parking lots, and concentrations of extreme poverty. What landscape that resulted amounted to little more than errant patches of grass, penned in with fencing.

In the case of Pruitt-Igoe, 57 acres of an original urban landscape of streets, sidewalks, businesses, trees, yards, housing, and community institutions were razed to make way for 33 11-story apartment blocks. Each block was to be flanked by a “river of trees,” wrote Oscar Newman in his book Creating Defensible Space, and the buildings’ ground floors and grounds were to be for communal activities once relegated to streets, sidewalks, and yards.

To be fair, Saint Louis was at the time facing serious issues of housing overcrowding and decrepit conditions; on paper, and absent the clear eyes of hindsight, Pruitt-Igoe seemed like the right response. It promised both housing and landscape free of the grime, decay, and messiness of urban life. In fact, some early residents who were interviewed for the film “The Pruitt Igoe Myth: An Urban History” called the project’s apartments “poor man’s penthouses.” The film also makes a strong case that the design of the project was not the sole reason for the project’s ultimate decline and demolition. Yet landscape still played its role: the street and sidewalk, the very core of urban life and social interaction, were largely erased in the design of Pruitt-Igoe and its counterparts.

Of course, no one is proposing a return to urban renewal and the era of large-scale razing of neighborhoods. It would be wholly disingenuous and misleading to characterize SB 827 as a modern-day piece of urban-renewal legislation. Yet even on the relatively smaller scale that the bill was proposing, when we build for housing without considering landscape in its broader sense, troubles still arise – we ignore the crucial role of the street and sidewalk (the very heart of the urban landscape) in making healthy places and spaces.

Some 60 years ago, Jane Jacobs wrote in her vanguard essay “Downtown is for People” (Fortune Classic, 1958) about the problems of ignoring the street when building in cities. Most redevelopment projects, she wrote, “are designed as blocks: self-contained, separate elements in the city. The streets that border them are conceived of as just that—borders, and relatively unimportant in their own right.” 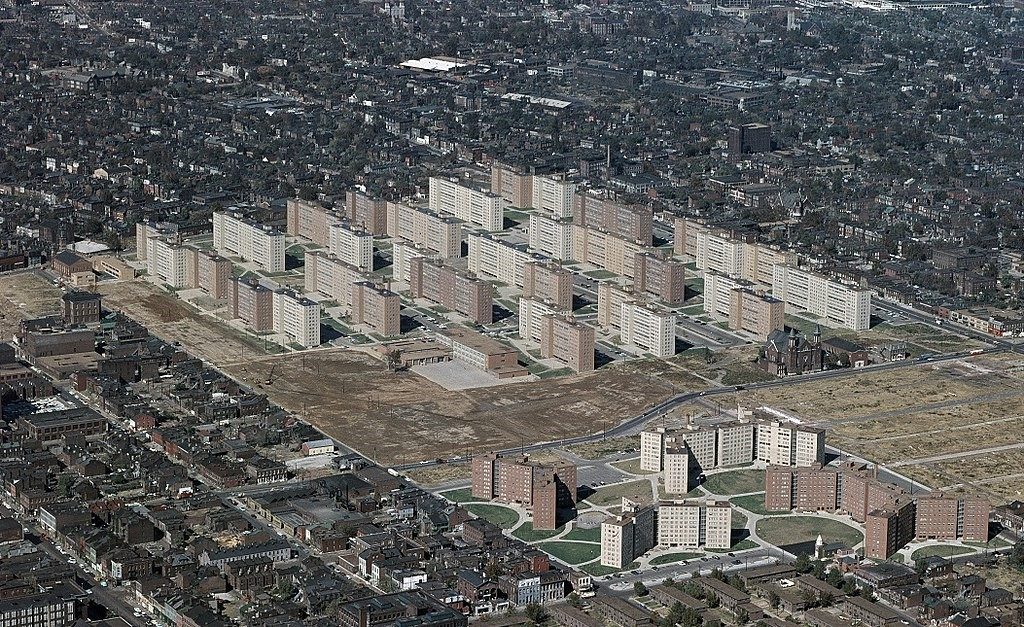 What Jacobs was trying to underscore and what we seem to be failing to understand now is how much more important the street and the sidewalk become the more urban and denser our cities and the smaller our living spaces get. Gone is the conventional front yard; it will be replaced by a new front yard, the street and the sidewalk. Yet more often than not, that new front yard is not for the residents of the housing that is going up; it is simply for the cars passing through. As such, we are asking people to live in smaller and smaller spaces while giving them little in the way of landscape in return. A junk deal at best.

And herein lay our misgivings with the SB 827: landscape simply didn’t factor in. Landscape in the broader sense. Landscape as streets and sidewalks, street trees, and spaces between and above buildings. Landscape as all the things that you will experience when you live in denser housing and not in a house with an ample front and back yard. That conception of landscape was largely overlooked.

To be fair, Wiener clarified that SB 827 did not trump local “design standards relating to architecture, setbacks, streetscaping, and so forth” unless those standards were intentionally used “to dramatically shrink the size of buildings.” Yet what happens when those local, landscape-pertaining guidelines are nonexistent or do not go far enough to favor the street, sidewalk, and all the elements that will make new multi-family housing livable (the amenities of the individual housing units notwithstanding)?

The answer is that we need something more visionary, something that says that landscape will play a key role in the construction of new housing. We already have too many cases in California of multi-family housing in which the street and the sidewalk have not been modified at all to factor in that suddenly that street and sidewalk will be many people’s new front yard. In Oakland on Claremont Avenue—the very kind of boulevard that is transit-adjacent and called out in SB 827 as fertile ground for new housing— for example, new housing has arisen, yet the narrow sidewalk and wide roadway remain unchanged, with nary a new street tree in sight. Around the corner on Telegraph Avenue and 51st Street, numerous canopy-providing mature plane and oak trees were just axed to make way for a 204-unit development. Along 51st Street, the sidewalk width measures a scant five feet, while the roadway spans over 70 feet – a skewed ratio, to be sure. Telegraph fares not much better, with somewhat wider sidewalks but a roadway that still spans near 70 feet.

In Los Angeles and environs, we have endless housing developments in which the sidewalk has been narrowed to make way for a supposed bump in vehicular traffic while giving people little to no incentive to walk or use the sidewalk as an extension of their living space,. Stroll down to Arroyo and Del Mar in Pasadena for a classic example: a right-hand turn pocket was carved out of what would have been a respectably-sized sidewalk for residents of the adjacent multi-family housing. 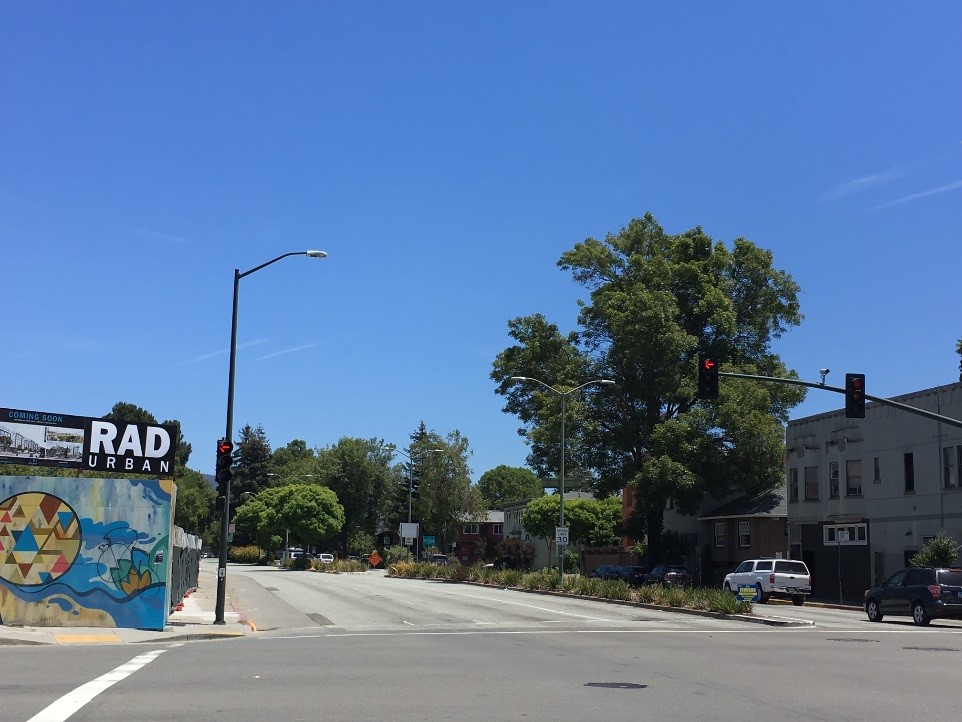 For new state-level housing legislation to be truly visionary regarding landscape and real livability, this essay proposes something that will be radical to some, appalling to others, and probably sensible to yet others: per state legislation, these kinds of aforementioned multi-family developments would trigger, at the very least, sidewalk widenings. There would be provisions that protect existing, canopy-providing trees, and those provisions would be enforced. Where street trees do not exist in the first place, fast-growing, canopy-providing, low-water species would be stipulated and at a spacing that would ultimately create the kind of shade and space-defining environment that would help make the sidewalk feel like an outdoor living room. In effect, over time, some streets would become narrower, shadier (here we mean “shady” as in “semi-protected from the sun”), and just a bit more for people and less for automobiles. The loveliness of one’s interior space would be rivaled by the loveliness of the exterior sidewalk space. And there you could actually gather with neighbors, with passers-by, with friends and family.

But it cannot be done, you say, because of all the reasons we have all discussed and heard before: traffic, financial resources, neighborhood opposition, safety, feasibility, affordability. And here we come full circle: if we have reached crisis levels with housing and livability in our cities, and thus a radical intervention is thus required, then what this essay is proposing is simply a more nuanced, comprehensive, and holistic addition to what was already a radical intervention. Only the result in this case would be not simply more housing units, but also more livable, humane, and welcoming cities.

John Kamp is a former city planner and urban design specialist for the City of Los Angeles who now runs the landscape and urban design practice Prairieform, which he began in 2008 and which is now based in Oakland. He also works as a designer and facilitator for Place It! Through Place It! and Prairieform, he does projects in both Northern and Southern California. He is also a licensed landscape contractor in the state of California (#1039171).

— This post reflects the views of the author and not those of APA Los Angeles as an organization. —