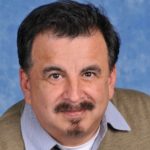 Laughing, talking, and collaborating, the participants at the seven tables quickly became immersed in the Place It task to “Build a City of Belonging” in 15 minutes. Their hands and bodies were busy moving and picking through hundreds of small, colorful, sometimes whimsical objects at their tables. Team members experimented and prototyped ideas with each other by building small dioramas of belonging. The

exercise unleashed the participant’s in-depth knowledge of designing inclusive communities. Once time was up, each team gave a shout out for belonging from housing, access, resources, nature, people, and love. Our need to belong is the foundation to community planning and design. 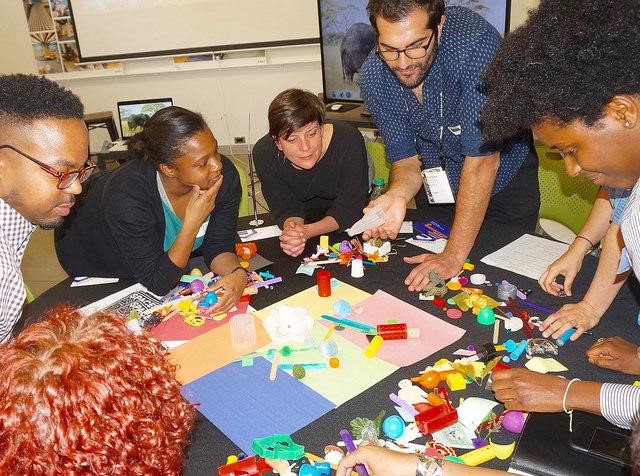 This Place It workshop was part of “Spaces and Places 2018: Community-Led Initiatives:  Equity, Inclusion, Crisis” at APA’s 2018 National Planning Conference. The Albert and Tina Small Center for Collaborative Design in New Orleans hosted the event. 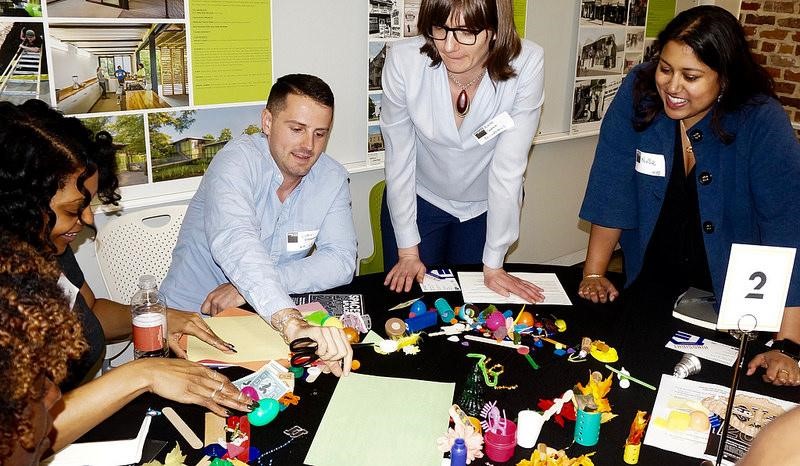 The participants at this event are part of a grassroots network of urban planners, policymakers, and designers formed in 2016 to amplify work on the issues affecting communities of color that are too often not fully recognized or addressed by professional urban planning and design communities.

The afternoon workshop began with a panel of urbanists from New Orleans and across the United States for a framing discussion on the overall theme, including:

The panel was followed by breakout discussions around various themes of interest to people working in or with communities of color such as:

To kick-off the breakout discussions, I facilitated a mini Place It icebreaker that the participants embraced with great enthusiasm. My method enhanced and articulated social cohesion of each team again as the foundation for the planning and design process.

In 2017, I also had the opportunity to participate in the New York City Spaces & Places of Protest convening that attracted over 150 participants from across the United States. The historic gathering featured a discussion on diversity in the urbanism fields, models for self-determination in planning and designing with communities of color, and a collaborative networking workshop to discuss the role of protest and change in America’s cities and regions. This event led to the formation of BlackSpace, a black urbanist collective as well as the creation of a special social justice session track at APA’s 2018 National Planning Conference.

As more people of color enter the urban planning and design profession, it is time for us to reflect and develop tools to up lift our communities. People of color often come from working-class communities where family, friends, neighbors, and even strangers rely heavily on each other for survival and identity.

Place It allows for people of color to have a safe, comfortable space where they can tell stories, make art, play, plan on their own terms – use design for inclusion, not exclusion. Tools such as Place It and policies such as Lynn Ross and Susan Wood’s Planning for Equity Policy Guide for APA can create meaningful, and authentic engagement for our communities to promote self-determination. Community connections coupled with accessible resources can open possibilities for improved well-being in a more cohesive world.