Summer in the City Heads to West Hollywood!

The City of West Hollywood hosted APA Los Angeles on July 30 for the second installment of the 2015 Summer in the City Series.  Planners and friends were treated to a tour of the Historic Harper District while the City of West Hollywood Community Development staff discussed the history of West Hollywood and Boys Town, their upcoming LGBT survey, and their recent award-winning planning efforts.  Buses then transported attendees to Flaming Saddles and Revolver on Santa Monica Boulevard to discuss the history, design guidelines, and streetscape efforts regarding West Hollywood’s most popular commercial street. 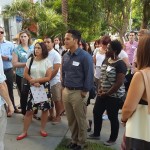 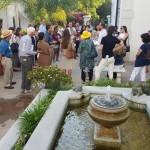 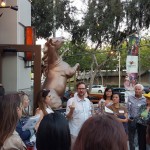 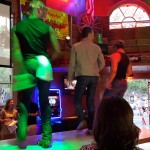 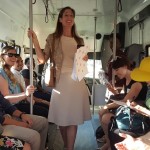