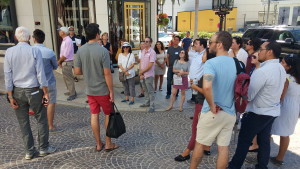 The City of Beverly Hills hosted the APA Los Angeles Section on September 19th for the fourth and final installment of the 2015 Summer in the City Series.  30+ planners and associates were treated to a tour around the “Golden Triangle”, one of the world’s most famous little cities.  The group visited the Wallis Annenberg Center for the Performing Arts where planning staff described the adaptive reuse efforts and the expansion of this historic post office.  Afterwards, the tour headed to the Beverly Canon Garden which serves as a prime public-private partnership development success story.  The tour then traveled down Wilshire Boulevard where city staff described the future subway station and the surrounding office corridor and commercial district.  Finally, the tour group explored the famous Rodeo Drive, the glamorous and iconic shopping street, before concluding with snacks and wine tasting at Wally’s Beverly Hills.  A big thanks to the City of Beverly Hills Community Development Department for hosting a fantastic event! 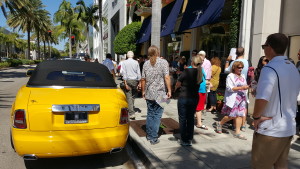 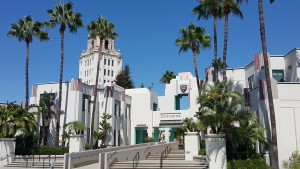 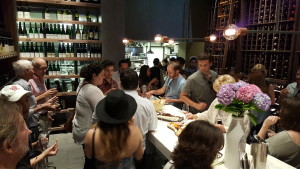 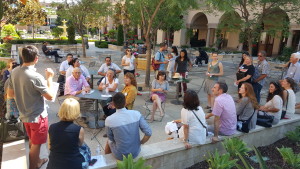