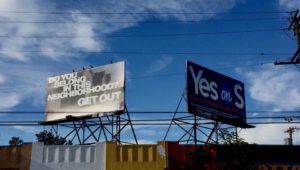 On March 7th, Los Angeles voters will cast their ballots on Measure S, a housing moratorium that would block the construction of thousands of homes each year, including many affordable units.

Framed as a way to “Save Our Neighborhoods,” what Measure S really amounts to is nostalgia in the form of a ballot initiative: an effort to reclaim some idealized past version of LA that probably never even existed, and certainly didn’t serve all Angelinos fairly or equitably. Worse, it looks to the past for answers just three months after voters overwhelmingly endorsed a forward-looking vision for their city in the form of Measures M, HHH, and JJJ.

WHAT THE INITIATIVE ACTUALLY SAYS

The most important aspect of Measure S is its 2-year moratorium on zone changes and height district changes, and its permanent ban on general plan amendments for developments less than 15 acres in size (which is basically all of them). Because the general plan and zoning in Los Angeles is very out of date, this means that a large amount of the housing being built today—especially housing on surface parking lots, run down commercial strips, and vacant industrial sites—would be banned for the next several years, at least.

In addition to the moratorium, Measure S requires that the city’s general plan and 35 community plans must be reviewed (though not necessarily updated) every 5 years. This aspect of the initiative is very reasonable, and most folks on both sides of this issue agree that these updates need to happen on a regular basis. The question is, how much collateral damage will accrue while the moratorium is in place and these updates are developed? They can take several years and hundreds of public meetings to complete, and LA is already in the midst of a historic rental housing shortage.

On the face of it, Measure S just sounds like a bunch of technical tweaks to the city’s planning process: general plan amendments, environmental review, blah blah blah. So what will it actually do? What will happen when these changes are put into effect? Over a year ago, back when it was still being called the Neighborhood Integrity Initiative, I wrote an article on the top 7 reasons to vote No on Measure S, which describes some of the most important likely impacts if it’s approved by voters in March. Those reasons:

Here’s the long story made short: If Measure S passes, we’ll have done nothing to stop gentrification, evictions, homelessness, overcrowding or rising rents. Fixing these problems was never its goal. This is an initiative that was written by homeowners, for homeowners, and is targeting an electoral demographic made up primarily of homeowners; it is not in the best interests of renters. What it says is: “This is my city, I was here first, and if you’re new to LA or financially insecure, you can get the hell out.”

Unfortunately, there are quite a few people in Los Angeles for whom that message resonates. These are people who do not believe that Los Angeles can reinvent itself for the better, as it has numerous times in the past. They see nothing to be gained from growth and inclusion, and have nothing to offer to those seeking greater opportunity within our borders. It’s a depressing and pessimistic view of our city and its potential.

If you think we can do better than that—and if you voted yes on Measures M, JJJ, or HHH last November, you probably do—then I urge you to get out to the polls on March 7th and VOTE NO on Measure S. The polling suggests that this will be a close election, so please show up and encourage your friends, family, and colleagues to do the same. With such low turnout, every vote holds a lot more weight. You can find more reasons to vote No on Measure S here. 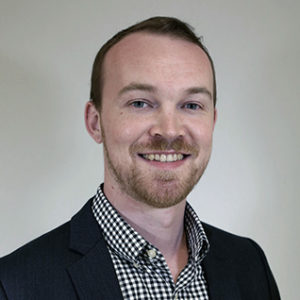