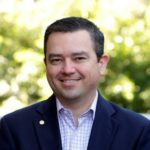 In California, we have reached a critical point in deciding how we will address the two biggest challenges facing the state—housing and homelessness. While it is not uncommon to hear the word ‘crisis’ used to describe these issues, it’s less common to see bold solutions advanced to reverse the conditions that contributed to creating the crisis. Michael Hiltzik of the Los Angeles Times appears to agree when he wrote recently the statewide crisis “looks impossible to fix.”

The work around chronic homelessness has improved significantly over the past ten years, and in Los Angeles County, we passed Measure H, a historic measure to finally fund the work in a significant way over the next ten years; however, the severe lack of housing and lack of solutions to address this problem has led us to a breaking point on both issues. The two issues are bound together like never before as the result of almost a decade of failing to produce an adequate supply of housing that’s needed to keep pace with demand and the state’s growing economy. Unless trends are reversed, the economic pressure on working families and the middle-class will become too much for the economy to bear as fewer and fewer people will be able to afford to invest in anything much beyond the rent payment devouring a larger percentage of each family’s income. Here in the city of Long Beach, we’re already experiencing the loss of young families in our schools, even though our public school district is consistently rated one of the best urban districts in the country. Our enrollment once soared to almost 100,000 students—now we’re at 74,000 students and still dropping. While there are other factors at play, our district leadership believes the cost of living has forced many families to re-locate to the inland areas, or to move out-of-state altogether.

The biggest problem we face in solving the housing crisis is the fact there are no costs associated with being a NIMBY…. Local control runs amok because it can afford to.

In his article, Hiltzik reminds us the state will need between 1.8 million and 3.5 million new homes over the next seven years to absorb current demand as well as to keep pace with future economic growth. The current pace isn’t going to come close to matching the need as political leaders from the state to the local level continue to vote against bold solutions that provide the best opportunities of having a positive impact. My own frustration is compounded by the contentious debate that happened in my community of Long Beach around the recent updating of our Land Use Element (LUE). Our city planners produced a visionary and progressive LUE to address the needs of our city for the next 20-years — not just around housing needs but for mobility, as well as the needs of the economy and local businesses. The end result was a revised general plan that will have a limited impact on present and future needs.  Studies show the revisions to the original LUE will fall significantly short of what’s needed to backfill the under-housing we’re already experiencing and to sustain economic growth. Furthermore, property owners in the areas of the city with the “highest opportunity” for creating quality housing were the most successful in rallying efforts to kill the parts of General Plan that would create the best opportunity to offset discriminatory housing policies of the past.  Many across the state are describing these anti-development organizers as “NIMBY’s.” Efforts to mobilize an opposing faction of YIMBY’s to counter the ‘no’ message is challenging when LUE’s, General Plans and zoning regulations seem so complicated and many fail to see the connection of these important issues to their ability to pay rent or find quality affordable housing.

Folks described as NIMBY’s are often just caring community members trying to protect the neighborhoods they love and often do succeed in blocking developments that may have negative impacts on their community; however, even folks who criticize the negative connotations of the label seem to confess their efforts can even block good, much needed projects.  Today, there are limited checks on the power to block badly needed housing developments and policies in the areas of the state most needed and offering the highest quality of life.  If local communities continue to block both the “good” and the “bad” developments without consequence, the crisis will get worse, homelessness will continue to spiral, the quality of life for many will decline, and the economic future of a state that can’t provide housing for its workers will be uncertain at best. 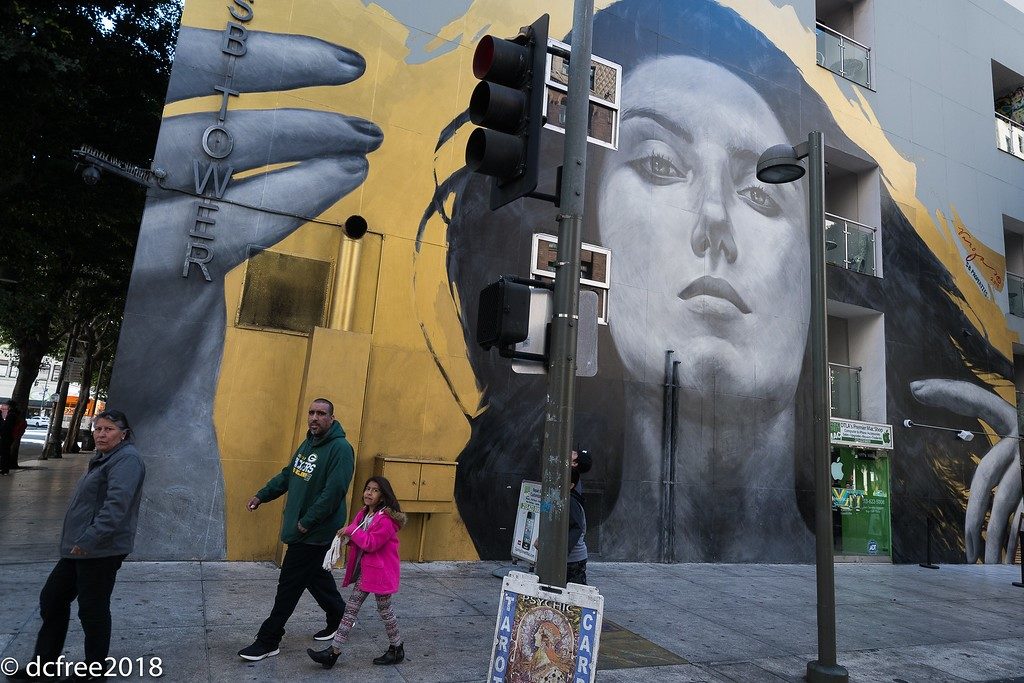 A paradigm shift is needed…

Something occurred to me recently when thinking about the intractability of the issues we face in creating solutions.  For many years as a society we have struggled with a similarly challenging issue in the form of how to respond to global climate change.  In California, our success in responding to the crisis of our environment is a completely different story from the housing crisis.  Cap-and-Trade, while not a solution unique to California, has become the gold-standard in how industrialized states and nation-states can successfully reduce greenhouse emissions on a scale sizeable enough to have an impact on environmental warming trends.  Our cap-and-trade system in California has been described by environmentalists as “the best designed program in the world.”  What makes cap-and-trade work so well is its flexibility in offering choices in how to alter behavior beneficial to solving the problem and reducing emissions. What’s similar between addressing climate change and addressing the housing crisis is trying to alter behaviors that contribute to the crisis at hand. With climate change, the behaviors that lead to greenhouse emissions are at the root of the problem; however, in the housing and homelessness crisis, we need to address the behaviors that sweep in and strangle the potential solutions — primarily NIMBY-ism.

There are basically two different approaches we can take in public policy to address behavior issues — we either (1) target the behavior with “command and control” regulations that demand the change, or (2) we create economic incentives that voluntarily lead to the change we need to solve a problem.  What we have seen in the growing pressures against policies that address the housing crisis is that “command and control” type policies create fuel for the NIMBY fires in local communities resulting in back-lash and eventually killing or watering-down of a proposed solution.  This is where we need to take a page from the economic incentive and cap-and-trade programs that have so elegantly advanced our climate priorities, here in California, and without the chaos in public discourse we’ve seen in response to progressive housing policies.

So, how does cap-and-trade work with emissions, and how could it work with housing?

NIMBY-cap-and-trade could work in a similar way by creating financial incentives around the solutions we know work best in addressing the housing crisis and homelessness — creating housing for everyone who needs it (affordable housing, middle-class housing, supportive housing, high-market housing, and everything in-between) and planning for density in our coastal communities (the places that need it most) in the areas with the highest opportunities for residents to live quality lives with a balance of green space, sustainable mobility and economic opportunity.  Just as the goal of cap-and-trade on emissions is to hold businesses accountable to targets while providing them with flexibility and options for how to help the state accomplish its “greater-good” goals, NIMBY-cap-and-trade would finally hold cities and communities accountable to address the housing needs of their region.  Each community would have the flexibility to either create the housing solutions needed as defined by their Assessment of Fair Housing, their Housing Elements and their Regional Housing Needs Assessment (RHNA) targets or pay a price for the value of maintaining the status quo and obstructing the development of needed resources in the region.

The biggest problem we face in solving the housing crisis is the fact there are no costs associated with being a NIMBY and obstructing progressive actions that could be happening in our local communities to create the “greater good” impact on the housing situation. Local control runs amok because it can afford to. This is the equation that must change. If slow-growth and no-growth interests prevail in a community, that community should then become financially responsible for investing in communities that ARE willing to develop a supportive housing development, a transit-oriented development, or a mixed-income, or affordable housing development in their neighborhood. Just like with cap-and-trade on emissions, the alternative choice is to pay others to make-up for your failure to help solve the problem. 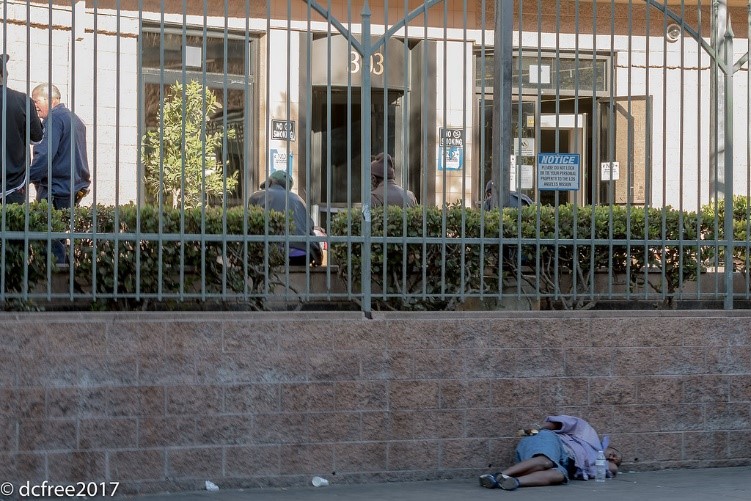 A NIMBY-cap-and-trade approach could be incorporated into Proposition 13 reform, an area of state law that keeps property taxes artificially low, encourages commercial development over residential and creates problems many believe to be at the root of the housing crisis. By reforming Prop 13, property taxes could become the cost mechanism for NIMBY-ism and the financial incentive-based system for developing solutions within a community. If recent events teach us anything, it’s that given the opportunity, many neighborhoods and communities will do everything in their power to obstruct attempts to create opportunities for more people and they will continue to sacrifice the “greater good” needs for their hyper-local demands for zero change. We know there is an economic cost to the state to the tune of $140 billion per year as a result of this crisis. Prop 13 reform could be the tool for passing on those costs to the property owners contributing to the crisis as well as funding the costs of building our way out.  Reforming Prop 13 in this way would be a resourceful way of removing one cause of the crisis by turning it into part of the solution.

NIMBY-Cap-and-Trade is a way to bring balance to the issue we so badly need so we can finally begin to have an impact — not only on the crisis we face of housing supply, but to develop our cities and communities in a way that might transform our urban centers and correct for the discriminatory policies of decades earlier, to bring justice and equity to the issue of how we live, where we live, and to create neighborhoods where people can afford to live and shop without spending most of their lives in cars on slow moving freeways. That’s a California Dream worth working for if there ever was one.

Andrew Kerr is a member of the County of Los Angeles Measure H Citizens Oversight Advisory Board. He has served on boards and commissions working on solutions to housing and homelessness for over 18 years. Andrew is the chief financial officer of a construction firm based in Los Angeles County.