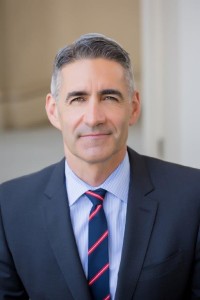 The City of Los Angeles welcomed long-time APA leader Vince Bertoni as its new Director of City Planning in February. Over the course of nearly three decades in professional planning in Southern California, Bertoni has led both APA’s California Chapter and its Los Angeles Section, in addition to co-chairing the 2012 National Planning Conference in downtown LA.

APA played a key role in guiding him to this point in his career, Bertoni said: “I would not be the planner that I am today without APA. It is such an integral part of my professional career that it is difficult to separate out what knowledge I have gained through my jobs, compared to what I have learned through APA.”

Bertoni, a former Deputy Planning Director for the City of Los Angeles, returns to LA to guide the department through a time of change and opportunity. In his new position, Bertoni is charged with maintaining and executing the City’s General Plan, which shapes the built environment for its nearly four million residents. Beyond the city’s boundaries, LA serves as a regional leader for planning best practices, often pioneering new policies and initiatives.

Bertoni expects his APA experience to help him navigate the complexities of California’s largest jurisdiction. “It has enhanced my leadership and management skills, as well as given me valuable insight into how other agencies resolve complex and sometimes unusual planning issues,” he said.

His impressive career also includes service as Director of Planning and Community Development for the City of Pasadena and Planning Director for the cities of Beverly Hills, Santa Clarita, and Malibu.

Bertoni served as president of APA’s California Chapter from 2007 to 2008, as Vice President for Policy and Legislation from 2003 to 2005, and as director of the Los Angeles Section from 2001 to 2002. He has been active on statewide legislation, having served on the State of California’s Housing Element Working Group from 2003 to 2004. He has been a member of the American Institute of Certified Planners since 1998 and the California Planning Roundtable since 2008.

On Monday, March 21, Bertoni will join APA Los Angeles members and guests to share his vision for planning and discuss the work ahead for his department in an intimate conversation with Josh Stephens, Contributing Editor to The California Planning & Development Report. For more information, visit our event page.