(Not So) Mean Streets

People not just cars: the ongoing transformation of Venice Blvd

Although being a bike commuter in Los Angeles is not easy, I am surprised that more don’t do it. In a health obsessed culture, biking is great aerobic exercise, the weather is perfect, and most of the basin is reasonably flat. More than 18% of the land area of L. A. is taken up with streets, but there are surprisingly few streets that accommodate bikes at all, forcing cyclists to brave fast moving traffic along just a few major routes. One of these routes is Venice Blvd. a major arterial that travels through the City from the beach to downtown.

Though it’s possible to ride a bike along Venice Blvd, its certainly not what I would call a great street for cycling. With coordinated signalization, it performs to accommodate maximum flow of automobile traffic. The existing configuration is three travel lanes for cars, a 5-6’ wide bike lane, and on street parking along the curb. This is dangerous for several reasons, first it exposes cyclists to high speed arterial traffic on its left side. This traffic is travelling at high speed; because when you optimize flow for vehicles, it emboldens drivers to act as if cyclists were not even there. If that were not bad enough, on the cyclist’s right side are parked cars with doors often opening into the cycling lane. If the cyclist sees the door opening, they might be skilled enough to swerve in time to avoid car doors opening unexpectedly, but often, cyclists get “doored,” flying over the car and … good luck.

Here is an image of the existing condition along much of the street:

A recent evolution in street design is the “complete street”, where a variety of modes are accommodated in the same right of way. This is most often accomplished by vehicular lanes reduced in size to squeeze in a bike lane. Here is an example where our halfhearted accommodations create as many problems as they solve. Consider the numbers: Since bike lanes have been integrated into LA’s streets, traffic related deaths from bike and pedestrian collisions with cars have become a leading cause of death in Los Angeles. Nearly half of the people killed on our streets are either walking or cycling, with a substantial number being children and older adults. Traffic deaths are the cause of more than 200 people dying per year in the City. Shockingly, in 2017, more people have died from traffic deaths than from gun violence. Venice Boulevard has a higher rate of injuries compared to streets of comparable size. A city survey found that almost 20% of drivers are over the speed limit of 40 MPH. Since 2011, there have been 48 pedestrians injured from crashes along a one mile stretch of Venice Blvd. in Mar Vista.

City Council has begun to recognize the importance of this issue and its impact upon the quality of life in the City. Pushed by the Mayor, Eric Garcetti, and funded by transit funds paid for by sales tax increases, “Vison Zero” commits to eliminating all traffic deaths by 2025, and brings together traffic engineers, police offers, advocates, and policy makers. On May 18th, City Council approved a motion to allocate more than $27 million to Vision Zero projects. Council member Mike Bonin said during deliberation; “budgets are statements about our priorities, and I know of no higher priority than saving lives on our streets.”

A portion of Venice Blvd has been identified as a focus area; from Inglewood Blvd. to Beethoven Street, in the Mar Vista district of West L.A. This portion of the street is about a mile in distance. During outreach events, locals expressed a desire to create a “small town – downtown” feel. The process included looking at best practices for bike and pedestrian safety across the country, especially the “Great Streets” initiative in New York City.

Here are key elements to the streets reconfiguration:

Cross Walks: increasing the number and visibility of cross walks, as well as shortening the distance that pedestrians must cross have been proven effective strategies for both pedestrian and bicycle safety. Four new safe crossing points have been installed with highly visual patterning.

Protected bike lanes: cyclists are given much more robust protection on Venice, with a physical barrier between them and moving traffic, including a parking lane as well as a painted buffer with bollards. This buffer is an improvement because it accommodates the area needed for opening doors of parked cars, as well as providing a protected seating and standing area for food trucks and transit loading.

Predictably, there has been some push-back on the changes. A citizens group has formed called Residents Against Cut-Thru Traffic, voicing concerns about the impact of reducing travel lanes from three to two “may cause westbound regional commuter traffic to divert from Venice Boulevard to adjoining residential streets … continu(ing) westbound”. This is a logical concern, but in a City where traffic problems are chronic, where pedestrian collisions with cars are at a critical point, and where the quality of life of all Angelinos is negatively impacted by traffic, its essential that we have bold leadership that can prioritize progressive mobility solutions for us.

If the City is to evolve, the way we get around must accommodate a wider variety of modes beyond the car, and it’s not just about safety, it’s about using the street beyond mobility. Effective streets must do much more today than just move traffic. They can play a role as our public forum, our workplace, even our recreational outlet.  I applaud our Mayor and look forward to many more of our City’s streets becoming a reflection of the greatness, diversity and creative energy of our citizenry. The results are already starting to speak for themselves. 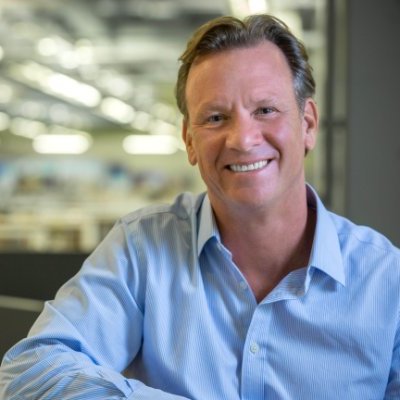 Nathan (Nate) Cherry  is the director of CallisonRTKL’s Los Angeles-based Planning and Urban Design group. His team specializes in research driven design work, focusing on downtown revitalization, transit-oriented planning, sports and entertainment and resilience. He has planned and designed more than 300 projects throughout North America, and has written extensively on topics related to urban design. He lectures regularly at national conferences. His team has won more than 80 national, state, and local planning and urban design awards. His work has been recently reviewed in the Huffington Post and on National Public Radio.

Homelessness is a Manmade Disaster