Vice Director for Administration
Join APA Los Angeles and the Westside Urban Forum on January 9 at 6:30 pm to discuss how the LA Region will accommodate state-required housing units 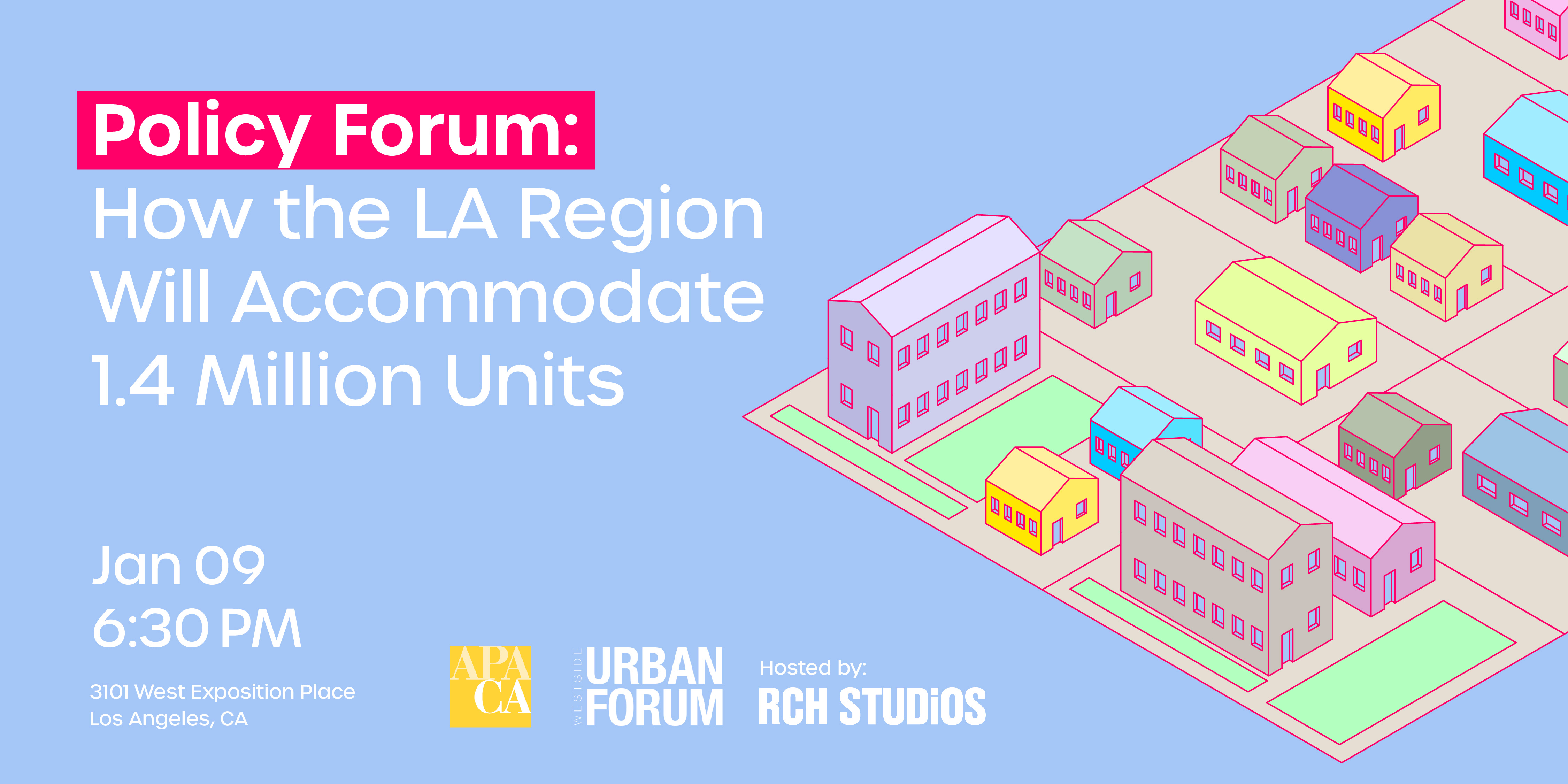 Ever since his election, Gov. Gavin Newsom has insisted that the state needs to build 3.5 million new units of housing, market-rate and affordable alike, in order to shelter all Californians affordably and comfortably. A few weeks ago, we found out what share of that increase will be borne by the greater Los Angeles region: 1.4 million.

In decades past, the Regional Housing Needs Assessment (RHNA) process assigned modest goals and had even more modest enforcement. No longer. New laws, such as Senate Bill 35, and new political will, exemplified by Gov. Newsom’s willingness to sue cities that don’t accommodate enough housing, suggest that the new allocations are going to stick. The regional council of the Southern California Association of Governments has accepted its allocation and assigned every jurisdiction in the six-county area their respective shares, ranging from 15 units in the city of Industry to over 430,000 in the City of Los Angeles.

If and when they are built, pending potential lawsuits and planning challenges, these units will, collectively, change the face of Southern California. But first, municipalities must plan for them. They will have to update major planning documents — zoning codes, general plans, housing elements, transportation plans, and others — and, in some cases, reconsider their civic identities.

Further speakers to be announced.