Walking as a Luxury Activity? A Lesson in Urban Design from the Late Jon Jerde 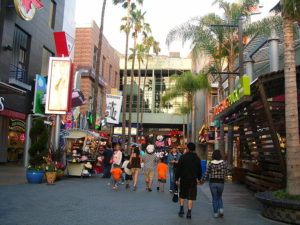 “The ordinary practitioners of the city live ‘down below,’ below the thresholds at which visibility begins. They walk – an elementary form of this experience of the city; they are walkers, Wandersmaenner, whose bodies follow the thicks and thins of an urban ‘text’ they write without being able to read it.” – Michel de Certeau[1]

For centuries, humans perceived, measured, and understood space by walking.[2] This fundamental relation between the act of walking and the form and life of cities endured until the 20th century. The inexorable rise of the automobile and mass transportation systems changed the urban form, introducing a new way of life and new ways to perceive and understand space. Rapid modernization imposed demands that traditional pedestrian patterns could not accommodate. In existing urban cores, new urban planning principles superimposed organized grids onto older organic patterns and segregated formerly integrated uses. Both in the past and present centuries, cities around the globe have been constantly designed and redesigned for cars. This transition has occurred extremely quickly relative to the evolution of urbanity, and almost everywhere it is still regarded with indifference. Today, in cities like Los Angeles walking is a marginal and discouraged activity: what was once a central organizing factor of city life is confined to being at best a luxury and segregated activity for the citizen-consumer, mostly in private and highly controlled environments. 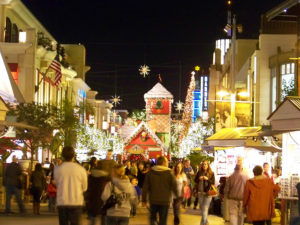 Strolling at The Grove

Of course this critique is nothing new: place-making as a counter-reaction and a design philosophy grew and took shape in response to the car- driven transformations of the 1950s and 1960s. Arguably, in the US, we can trace its roots to the groundbreaking work of urbanists Jane Jacobs and William H. Whyte (recently carried on by the Danish urbanist Jan Gehl). Both espoused the interdependence of urban design and social life: Jacobs advocated citizen ownership of streets through the idea of “eyes on the street” and Whyte expounded the elements essential for creating social life in public spaces. Nevertheless, after more than 50 years, our urban environments remain as car-oriented as ever and their critiques still as relevant.

Strolling at The Americana

Furthermore, today we are witnessing two unprecedented global trends. As regards the first, 2008 marked the year when 50% of the global population passed from living in a rural environment to living in an urban or semi-urban one, with this number projected to increase significantly in the next 50 years.[3] As to the second, by 2016, 1% of the world population will control more than 50% of the world’s wealth.[4]  This means a cascading effect of unprecedented urban growth and densities, mounting social disparity, and the capacity of a narrow private elite to control and orient (mostly car driven?) development for large portions of real estate. As a result, the magnitude, the time frame, and the inequality of urbanization today are much greater and faster than what Whyte and Jacobs witnessed at their time.

Paradoxically, it was Los Angeles architect Jon Jerde, who died last year, who was among the first to understand the interdependence between the act of walking and the construction of a sense of place. A trailblazer and key figure in LA pop culture, he applied the place-making method to the shopping mall architectural typology. Jerde’s projects were influenced by Ray Bradbury’s essay “The Aesthetics of Lostness” and sought to build a city for “shopper flâneurs,” where people could spend an afternoon wandering around, getting safely lost.[5] For urban designers all over the world, his early works – the Westfield Horton Plaza redevelopment in San Diego completed in 1985 and the Universal City Walk development in Los Angeles in 1993, among many others – are now archetypes of successful privately-owned pedestrian-oriented developments centered on commerce and entertainment for ordinary people. Westfield Horton Plaza was the first profitable downtown retail center since the establishment of the suburban shopping mall as originally designed by Victor Gruen in 1956, and a radical departure from the standard paradigm of mall design. This model is now carried on in Los Angeles by developments like The Americana at Brand, The Grove, or Victoria Gardens, which have become de facto new pedestrian centralities within the polycentric region. 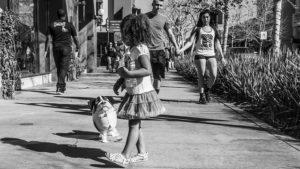 The lesson to be taken from this application of the place-making method to the retail industry is its capacity to respond, within the context of existing market demands, to growing needs for space identity and community. Its ability to bring these back as built experiential places for enjoyment by the local community; becoming civic destinations in the community’s mental map. An obvious criticism of the method is that it promotes a highly controlled urbanism, luxurious islands for walking based on shopping in privately-owned destinations that are fundamentally anti-urban and ultimately exclusionary. Nonetheless, the realistic approach to today’s market and its demands for consumerism has proved in many contexts successful in realizing ‘instant places’ for collective enjoyment by the many (if not for everyone) and in producing economic drivers for urban regeneration. 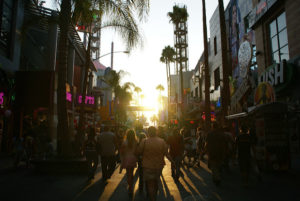 One of the key distinctions in the place-making design process and in the results that this produces is the degree of public versus private sector involvement, which often have different and competing interests. Planning for pedestrian environments and public spaces is still a responsibility that lies within the public domain; unless developers are building whole new towns, urban fabric is generally created and regulated by a municipality. In most Western countries in the 1960s, the initiative for urban transformations and regeneration was firmly in public hands. In contrast, in today’s globalized world, public initiative has almost entirely receded due to a lack of political will and a scarcity of public resources. Urban development is promoted in large part by private or public-private partnerships. Jerold S. Kayden[6] provides a comprehensive and systematic study of privately-owned public spaces created in New York City since the 1960s through pioneering public-private partnerships. The study showcases the contribution that civic-minded partnerships can make to an open and attractive city in which all citizens have access to a diversity of public spaces.

Los Angeles could develop this model whereby luxury places play a role as centralities within the larger public-private framework of communal spaces, not as substitutes for public spaces but as add-ons that respond to existing demands by our society. A pragmatic model that today is becoming a necessity as cities seek new ways to improve their physical, social and economic environments to compete in an increasingly fierce global market.

This post is an extract from the article:
Pavia, A. 2016, ‘Walking as a Luxury Activity’, in M. Paris, (ed.), Making Prestigious Places: How luxury influences the transformation of cities, Routledge, Oxford (UK), In press.
Collection: Research in planning and Urban Design (ISBN 9781138232525)