Snapshot of the March Ballot 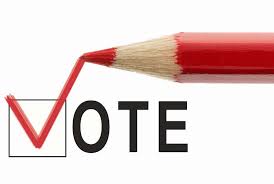 On March 7, 2017, local voters will be asked to make decisions on a critical ballot measure pertaining to planning and development policy in the City of Los Angeles, as well as a Countywide homeless services funding measure and more. Read below for our snapshot guide to the March 7 ballot!

Measures on which APA Los Angeles has taken a position:

The APA Los Angeles Board adopted a position on this Measure last year. Measure S, also known as the Neighborhood Integrity Initiative would significantly restrict the City’s flexibility to change zoning and parking requirements, by placing a two-year moratorium on zone changes and general plan amendments that result in more intense use. APA Los Angeles urges you to vote AGAINST Measure S.

Measures on which APA Los Angeles has not taken a position:

There are two marijuana related measures on the ballot in Los Angeles. The first, Measure M, is the measure supported by the city intended to provide a process for the regulation, taxation, and enforcement of the marijuana legalization law, or Prop 64, that was passed by California voters in November. This measure directs the City Council to amend and adopt regulations related to marijuana after a public hearing and comment process.

The second marijuana-related measure, Measure N, would establish a City permitting program for marijuana legalization. Developed by the industry, the proponents of this measure now largely support Measure M instead.

This measure would increase the maximum term for franchises, concessions, permits, licenses and leases that may be entered into by the Harbor Department from the current maximum of 50 years to a new maximum of 66 years, to be consistent with recent changes to state law.